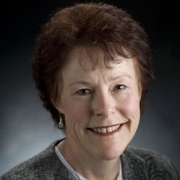 Dr. Doig holds a bachelor's degree in Medical Technology and a master's degree in Clinical Laboratory Science from Michigan State University. Her Ph.D., also from Michigan State, is in Adult and Continuing Education. She first joined the MSU Biomedical Laboratory Diagnostics (BLD) faculty in 1976 and left in 1979 to direct a hospital-based laboratory education program. She returned to the MSU BLD Program in 1983, staying until 1991, when she assumed responsibility for the first year curriculum in MSU's College of Human Medicine. Dr. Doig rejoined the MSU BLD faculty in 1998 as the clinical coordinator for the undergraduate major accredited by the National Accrediting Agency for Clinical Laboratory Sciences (NAACLS).

In 2001, Dr. Doig was appointed Program Director for Biomedical Laboratory Diagnostics and became Program Director for the NAACLS accredited major as well, a position she held until 2015. She served as BLD Program Director until 2008 when she was appointed Associate Dean for Undergraduate Education in the College of Natural Science, though she maintained teaching responsibilities in BLD. As of January 1, 2013, Dr. Doig stepped down from the role of Associate Dean and returned to teaching with a focus of project manager of special projects in BLD.

Her teaching responsibilities include teaching laboratory professionalism as well as hematology, hemostasis and urinalysis. Her research interests lie in course and curriculum development, professionalization of occupations, and workforce issues in medical laboratories.

Dr. Doig is a past-president of the American Society for Clinical Laboratory Science-Michigan and a past-president of the National Credentialing Agency for Laboratory Personnel (NCA). She has held numerous national professional positions within the American Society for Clinical Laboratory Science (ASCLS). In recognition of her service, she has been honored with multiple Board Recognition Awards and was named Member of the Year for 1998, the Society’s highest honor. More recently for her work with the NCA, she received the highest award from the ASCLS Education and Research Fund, its Mendelson award. In 2013, ASCLS-Michigan honored Dr. Doig with its inaugural Lifetime Achievement Award. She has been recognized by the College of Natural Science as Outstanding Academic Advisor and for Excellence in Teaching.Dr. Doig’s publications on workforce issues in medical laboratories have received multiple awards from ASCLS and the ASCLS Education and Research fund.